Our new blob monster in action… looks like he’s eaten a few before you! 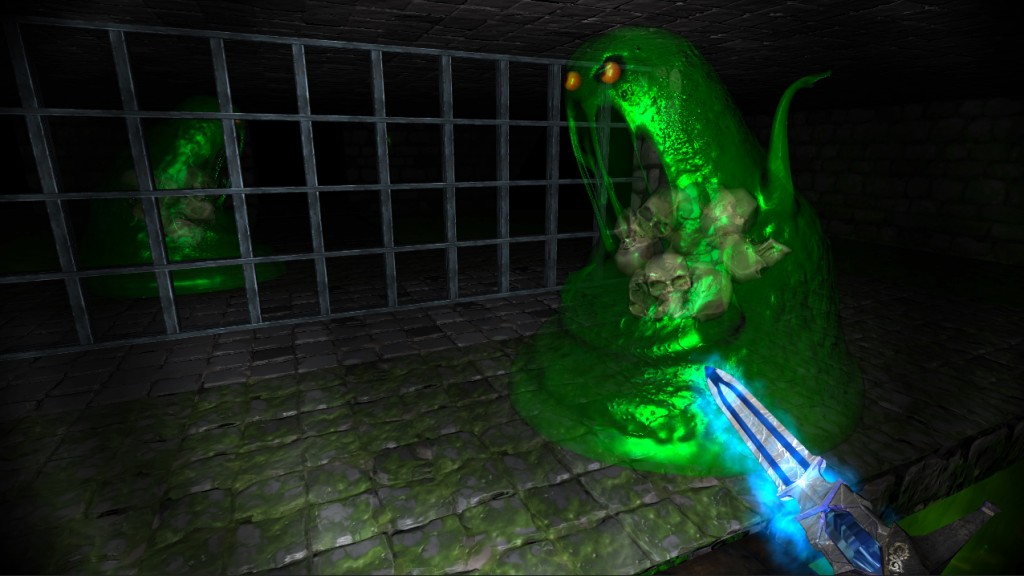 Previews of the Skeleton and Zombie Mummy

We are very happy to share with you a couple of our new monsters, fully animated and in game ready for the next patch… 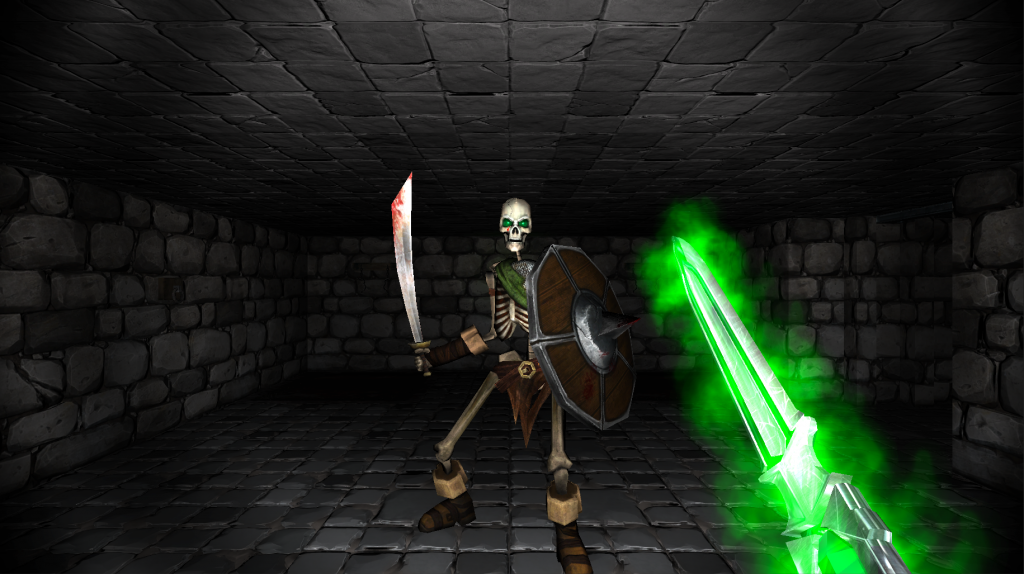 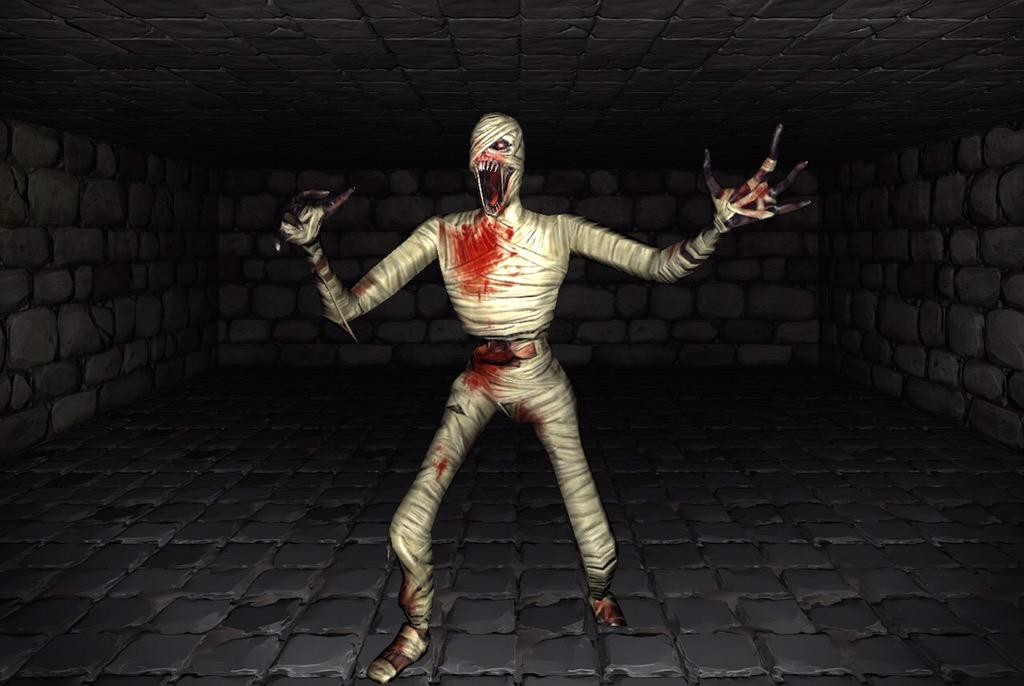 We have a date for Steam Early Access, and it’s soon, very soon – it’s this month!

On 20th of April 2015 will will open the Early Access store on steam so everyone can try the Editor, Play the first act of the game and give us feedback so we can make Crystal Rift the game you want it to be.

The Crystal Rift Steam Early Access page is now available and we have started the countdown to release:

Any pre-orders on www.crystalrift.com, Humble Store or remaining Kickstarter pledges will be sent a Stream Key prior to the Early Access release.

“We are very excited and proud with what we have achieved with Crystal Rift and we think that it is an amazing experience. We want everyone we can to play the game we have made so far, which represents the 1st act of the game and around 2 hours of gameplay, but we also want you to hear the awesome theme tune, and play with the Level Editor – something we are particularly happy with. But we are also looking for you (yes you!) to help us make this the game you want! Are you ready? Can you survive the Dungeon, and not turn back from the monsters you’ll meet along the way? We can’t wait to see!”

Crystal Rift is an experiential horror challenge game that takes the player through a series of increasingly mysterious locations. The game has been developed primarily for virtual reality headsets such as the Oculus Rift, HTC Vive and GearVR, but is also a great experience for those without headsets. It was inspired by classic games such as Dungeon Master and Eye of the Beholder with grid-based movement.

An immersive virtual reality experience, Crystal Rift will be released with a over 20 levels, with unique styles and settings, to provide many hours of gameplay. The player slowly uncovers the narrative and story through exploration, discovering dark secrets and following the path of those who have come before.

The in-game editor also allows users the ability create and share their own content, further extending the game’s lifespan.

Pre-orders are available now on crystalrift.com (http://www.crystalrift.com/) and the Humble Store (https://www.humblebundle.com/store/p/crystalrift_storefront). A full release of the game is planned for 2015.

Upon release we will be on Steam, Humble, GOG, Oculus and other online stores.

We are proud to be an Indie game:

Jon Hibbins has over 25 years of experience designing and writing games and enterprise business software. His first published game “Squigs” appeared in the Amiga Power Magazine on the September 1993 coverdisk which has also recently been updated and released on the IOS platform. He released one of the first ever HTML editors, Enhanced HTML, has developed a successful and growing bucket list social network, PopClogs, and is CTO for iVPlatform, a world leading digital voucher company. He is now excited to be working on the cutting edge of virtual reality design projects.

Nick Pittom has worked as a freelancer for 10 years on Video, Animation, VFX and CG for a diverse range of Film, TV, Games and Marketing outlets. Over the years he has directed numerous music videos and In 2012 Nick wrote and directed his first short film, ‘PROTO’, which he also edited and produced many of the VFX on. In 2013 Nick purchased an Oculus Rift development kit producing a series of VR demos, including the Spirited Away Boiler Room and My Neighbour Totoro Bus Stop Scene. In 2014 he set up Fire Panda LTD to pursue his VR work and is currently working on VR experiences, including an adventure game called Echo Red. He currently lives in Suffolk, UK, with his family.

Press Assets and Other Game Information

Crystal Rift is compatible on the Steam Store with the Oculus Rift DK2 and will work in Direct and Extended Mode, we are also proud it’s a Unity 5 game.

We haven’t shown any new screenshots in a while because we have been very busy building the in-game editor (which is amazing and we can’t wait to show it to you) and game content we need for various maps, so here’s a shot of the new slime pool block and one of our new monsters the Slime Blob.

Crystal Rift, our VR Dungeon Crawler has reached the final days of it’s Kickstarter and it ends this Fri, Dec 12 2014 at 5:51 PM GMT. We also have a new Alpha Demo with LOTS of improvements and additions, look below for details on that.

Our Kickstarter goal was set to the bare minimum to cover our immediate, required costs, and this last push is a big one. All support to help us cross the line is massively appreciated, but every little extra helps, and of course we still have some great Stretch Goals to catch up to.

Please do one or more of the following:

-Tweet your support (and a link to the Kickstarter), for example:

“Support @CrystalRift – their VR Dungeon Crawler Kickstarter is awesome, we love them, you should too! https://www.kickstarter.com/projects/crystalrift/crystal-rift-grid-based-dungeon-crawler”

-Post to Reddit and other great social sites (Facebook) and communities about the game.
-Perhaps a giant flashing, animated banner that takes up 25% of your website portal. Maybe?
-If you have a vlog or run a podcast, give us a shout out!

Or let us know if there is anything you need to promote the game.

Without your awesome support we would not exist, so THANK YOU!!!

We are delighted to announce that the latest Crystal Rift Aplha 8 demo is now availbale for Oculus Rift DK2 0.4.4 is available at http://www.crystalrift.com/download/

We have been head’s down building the main game and we have updated the demo with more content, an improved map, more secrets, more story and new challenges.

Support our Kickstarter campaign at http://www.crystalrift.com/kickstarter/

Hey folks! Thanks so much for your support so far! We’re almost 75% of the way there and with a week to go we’re looking to push out a new Alpha, with lots of lovely new content and systems.

Crystal Rift has been Greenlit on Steam!

We are delighted to announce that Crystal Rift has been Greenlit on Steam with a 65% Yes votes.

Jon and Nick say:
“The support we have had from the Community has been amazing, people are really excited about Virtual Reality and what we’ve made, being chosen to be on the Steam store is fantastic news and to have had a 65% Yes vote ratio is an amazing result, we are incredibly excited about bringing the Community the game they want to play.”

Please vote for us in the Virtual Reality Awards 2014 public vote :
http://thevirtualrealityawards.com/public-choice-award-voting/

The Rift Arcade hand’s on and Video